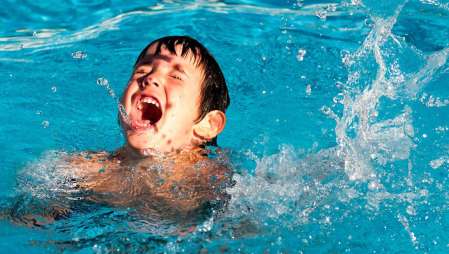 Drowning is one of the most common causes of death in children across the country. A fact that is scary enough. But in the summer of 2017, the heartbreaking story of a young Texas boy who died an entire week after swimming from “dry drowning” gave parents another reason to lose sleep.

According to CNN News, four-year-old, Frankie Delgado, was swimming in the ocean when he was knocked down by a wave. He showed no immediate signs of being injured but presented with vomiting, diarrhea, and random shoulder pain within days after the incident.

By the end of the week, Frankie’s parents report he woke suddenly from his sleep, gasped for air, and died. After rushing him to the hospital, doctors found water in his lungs and around his heart. The initial diagnosis (based on the fluid) was dry drowning; doctors attributed the incident to the wave that put Frankie under the water for merely a few seconds.

The story of Frankie’s tragic death sparked fear into every parent across the country, and frustration among the medical community. Despite the report labeling Frankie’s suspected cause of death as dry drowning, the actual cause of death was later determined to be unrelated. According to a report published by theCleveland Clinic, Frankie died of myocarditis- a rare condition involving fluid around the heart.

Unfortunately, the initial story of Frankie continues to circle around mainstream media outlets every summer. There is no doubt that drowning is deadly, and parents should be keeping a watchful eye out for danger in the water. But before parents ban their children from swimming for good, this is what experts want parents to know when it comes to the process of drowning.

The Different Stages of Drowning

One of the biggest misconceptions about drowning parents face is not understanding how dry drowning or secondary drowning occurs. According to the Cleveland Clinic’s 2018 report, ’Dry-drowning’ and other myths, the terms “dry drowning” and “secondary drowning” are not synonymous. In fact, a number of medical professionals frown upon the use of these terms altogether but have come to accept their use for describing different stages the body goes through when someone drowns.

These are the differences to be aware of:

Drowning is not simply going underwater for too long. Experts describe drowning as a process rather than a single event.

A person who is drowning has trouble keeping their airways clear in or below the water. If they are unable to spit out or swallow water, a drowning victim will aspirate the water leading to abnormally low levels of oxygen, otherwise known as hypoxemia. At this stage, someone will lose consciousness, stop breathing, and go into cardiac arrest. If no medical interventions are performed, fatal injuries typically follow.

The entire drowning process may only take a few minutes- it does not occur after days or weeks. Drowning can also be stopped at any point before death with emergency medical interventions such as CPR.

Experts from the Mayo Clinic go into even future detail regarding the process of drowning, describing two types of incidents an individual can experience:

Dry drowning has become a term used to describe victims who have been found dead from water-related incidents, without the presence of water in their lungs. Despite the claims that Frankie Delgado died of dry drowning a week after swimming, medical experts from both the Cleveland Clinic and Mayo Clinic dispute the diagnosis.

In cases where individuals have been diagnosed with dry drowning, Cleveland Clinic researchers believe medical professionals could be using the term to describe the following situations:

Both of these explanations for dry drowning occur rather instantly and do not happen weeks after an individual has been exposed to water. Several incidents of fatal dry drowning cases have been reported in the last few years, but most were accompanied by underlying health conditions explaining the real cause of these tragedies.

Secondary drowning is often used interchangeably with dry drowning but refers to a different stage of the drowning process. People who start drowning and are rescued may still aspirate small amounts of water. Rarely, this could lead to pulmonary edema or excess fluid in the lungs. While some individuals experience no complications from aspirated water, others may progressively become worse over the next few hours.

The Cleveland Clinic states that when water sits in the lungs, unable to be absorbed, this can have a fatal result. Victims of pulmonary edema who cannot absorb the water they have aspirated typically show serious symptoms no more than eight hours after drowning. Again, not an entire week after swimming.

Despite the dry drowning controversy surrounding the tragic death of Frankie Delgado, the popularity of his story saved the life of another 4-year-old girl only a year later. According to The Washington Post, Elianna Grace from Florida was swimming and playing with her family in their pool when she forcefully inhaled a large amount of pool water. As Elianna was breathing in to blow water through a pool noodle, a family member blew water from the other end, causing her to cough and vomit directly after.

Within the next week, Elianna started to spike an unexplained high fever. After declining to the point of needing to be hospitalized, doctors found Elianna had developed a rare bacterial infection in her lungs, causing inflammation and pulmonary edema.

Initial news stories claimed Elianna was a victim of dry drowning but doctors insisted the bacterial infection led to the water in her lungs becoming trapped- not a case of dry or secondary drowning. However, Elianna’s mothers stated that had she not heard of Frankie’s story, she would never have thought to go to the hospital or mention the pool noodle incident to the doctors.

What Serious Symptoms To Watch For At The Pool

Regardless of what terms you use to describe someone who is drowning, Maryland parents can easily prevent unintentional drowning deaths by staying vigilant and informed. The American Red Cross advises parents to follow these four swimming safety steps to help prevent drowning or respond to a drowning victim in an emergency:

If you or someone you love has experienced a drowning accident, watch for symptoms that could signal something is wrong. Within hours of the incident, watch for coughing, chest pain, trouble breathing, or extreme fatigue. Seek medical attention immediately after a drowning incident just to be safe.

Unfortunately, such as the case of Elianna, not all water is as clean as we would hope. Parents should also watch for signs of bacterial infections after swimming, such as a high fever, that could indicate a serious health concern.

Staying informed and alert to your children in the water is the most effective way to prevent drowning. If you or a loved one has experienced a swimming accident or wrongful death due to the negligence of another, our winning accident attorneys are here to help. 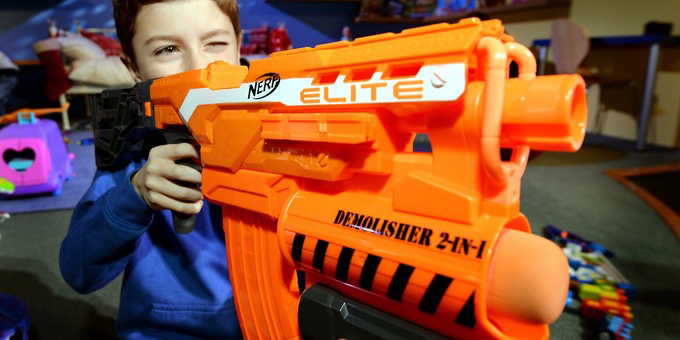 The toy industry is not as safe as we would like to believe. Thousands of dangerous products make it into the hands of innocent children and teens every year. The lucky kids walk away with a few bumps and bruises. Others experience severe or even life-threatening injuries.

Drowning is one of the most common causes of death in children across the country. A fact that is scary enough. But in the summer of 2017, the heartbreaking story of a young Texas boy who died an entire week after swimming from “dry drowning” gave parents another reason to lose sleep.

These 3 Independence Day Dangers Could Be Deadly!

Marylanders looking to celebrate Independence Day locally this year are making a safe choice. According to a new study by ASecureLife, Maryland was rated as the ninth safest state in the country to observe the patriotic holiday, reporting fewer instances of firework and vehicle accidents occurring in the surrounding days.